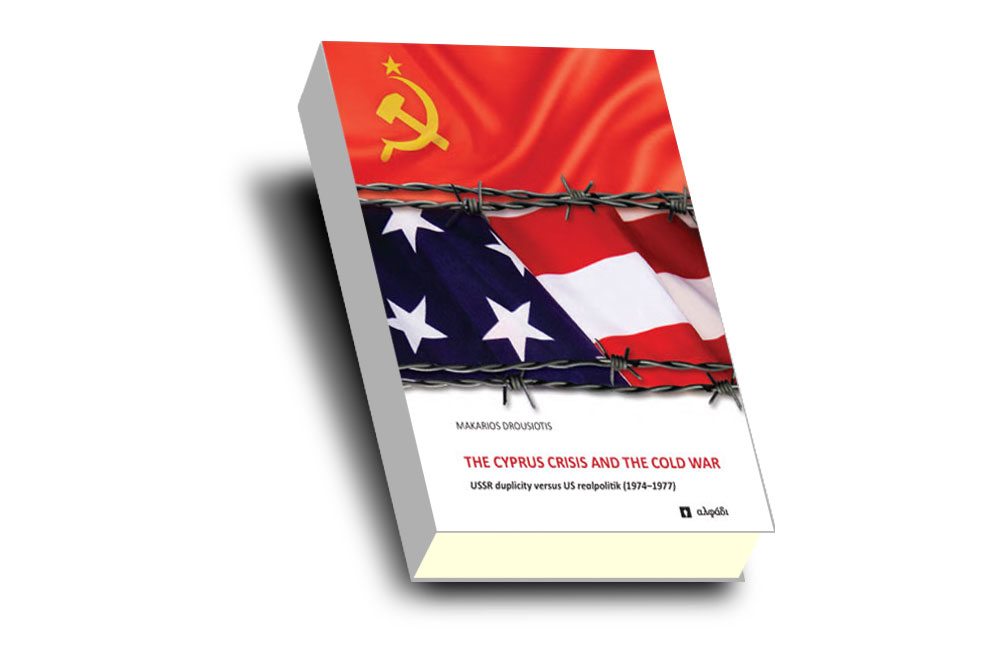 On July 15, 1974, the junta then ruling Greece orchestrated a coup in Cyprus, ousting its elected president, Archbishop Makarios. Five days later, Turkey invaded and occupied 36% of the island, expelling the local Greek Cypriot population from the areas it occupied, and gradually accommodating the entire Turkish Cypriot community from all over Cyprus. Almost 40 years on, the status quo created in 1974 remains unchanged.This book deals with the policies of the Great Powers (the US, the USSR and the UK) towards the Cyprus crisis, from the day of the coup until Makarios’ death on August 3, 1977.

The author, after thorough archival research in the U.S. and Britain, offers a completely new perspective on the policy of the Great Powers vis-à-vis the Cyprus crisis of 1974 and challenges the widely held view, embedded especially in Greece and Cyprus, that it was a NATO-led conspiracy.

The book highlights the gargantuan efforts by the British Foreign Secretary James Callaghan to reverse the first phase of the Turkish invasion of Cyprus on July 20, and then to prevent the second phase on August 14. The book argues that the main reason for Callaghan's failure was the U.S. Secretary of State Henry Kissinger’s unwillingness to exert effective pressure on Turkey, because of its significance to Western security in the crisis-ridden Middle East.One novel – and crucial value of this study is its inclusion of the Soviet Union’s role in the crisis. This focus, based on the author’s fresh and original research, leads to some surprising – some would say uncomfortable – conclusions. The book documents Moscow’s tolerance of the Turkish invasion because it believed it would neutralize the risk of union (Enosis) of Cyprus with Greece.

Greece’s withdrawal from NATO and the U.S. embargo on arms sales to Turkey in the wake of the coup and invasion undermined the cohesion of the Alliance on its southeastern flank. The closure of U.S. bases in Turkey, resulting from Ankara’s reaction to the ban, was among a raft of substantial benefits the USSR reaped from the Cyprus crisis; others included the development of economic relations between Turkey and the USSR and Turkey opening its facilities to the Russian fleet for crossing the Straits.

The Soviet Union vehemently criticized the coup against Makarios and accused NATO of intervening in Cyprus. Moscow’s criticism was directed against the United States and Greece. In the eyes of Moscow, Turkey was victim, not instigator of this “conspiracy”, and Ankara’s intervention reversed plans to bring Cyprus beneath NATO’s umbrella, through union with Greece.The Soviet Union manipulated its influence on Makarios and the powerful Cypriot Communist Party’s (AKEL) dependence on Moscow. By encouraging anti-Americanism and anti-Western sentiment among Greeks and tolerating Turkish positions, the Soviet Union secured benefits from Turkey and ensured a festering open wound within NATO.The book analyzes all the failed attempts to solve the Cyprus problem during the period under review, firstly owing to Turkey’s reluctance to agree to a political settlement until it had achieved its objectives, and secondly due to Makarios’ and AKEL’s ambivalence over the possible solutions.

The book’s main protagonists are Henry Kissinger and Archbishop Makarios. In one of his key findings, the author asserts that Kissinger over-emphasized the Soviet risk associated with Makarios but overlookedthe greatest and gravest danger: the informal alliance between Turkey and the USSR which consolidated the new status quo in Cyprus.The longevity of this status quo was one of the greatest successes of Soviet foreign policy. Accordingly, the covert Turkish-friendly Soviet policy on Cyprus, unknowingly applauded by a misinformed Pan-Hellenic public, was one of the USSR’s most significant propaganda victories during the Cold War period.

Available in digital format as an E-book (Amazon Kindle)

and as a paperback (Digital Print).